I was in Barcelona and I was being the proverbial tourist. Factor in the Asian and the foodie, I was a walking cliché. While I didn’t have the token backpack, visor or camera strapped around my neck, my 7pm dinner reservation in most restaurants was a clear indication that I wasn’t local.

Here, you eat, live and breathe tapas. Whether it is the pa amb tomaquet, a Catalan style bread with rubbed-on tomato and garlic, iberico jamon or white boquerones. In every street corner, there are local tapas bars that are always bustling with tourists and locals. In this trip, I was lucky enough to be invited to one of Barcelona’s hottest restaurant, Tickets. Brothers Ferran and Albert Adria’s latest restaurant venture has had many accolades since its opening. The vibe of the restaurant is playful and colourful, starting from its usher, adorned with a top hat and right down to the menu, which portrays a carnivalesque version of the key restaurant stakeholders.

As we waited to be seated, Ferran was gracefully taking pictures with local fans. The top-hatted ringmaster ushered us into a bright room with coloured glass shades hanging from the ceiling. There were five food stations, all with their individual specialities, ready to whip up a healthy dose of magical food fun fair.

We’ve decided to let our waitress surprise us with items from the menu. We were served the famous el Bulli olives. These shiny, globular reconstituted beauties explode in your mouth releasing the most intense olive flavour. 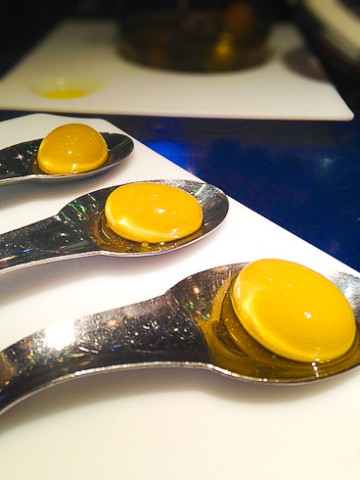 Oysters were next, served with a passionfruit caipirinha with basil seeds.

Shortly came the mini airbags on a colourful plate. Our table were marvelling at these delicate airbags filled with manchego cheese and topped with a thin slice of manchego, caviar made with hazelnut oil, and toasted hazelnut skins. 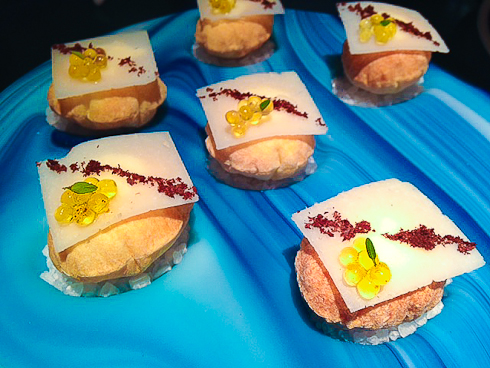 We had a vegetarian in our group and she was given a poached “quail egg in its next”. The egg was perfectly poached and gently nestled in a twine of kataifi pastry. For the carnivores in the group, we had razor clams served in refried sauce and lemon air. This is followed by confit potatoes with Iberian cured ham and pork rib jus. 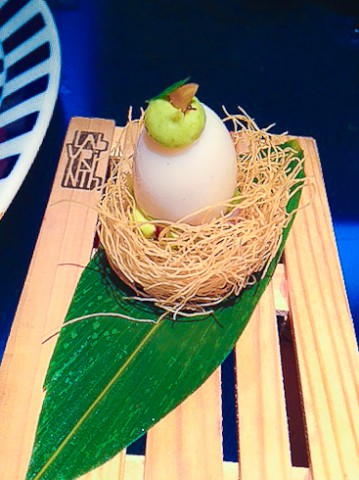 Next, cherry tomato salad with transparent gelatine of Gazpacho. A deceptively simple dish but anyone who individually peels cherry tomatoes deserves my respect.

2 hours and 4 mojitos later, we were ushered to the outdoor area to sample some of Albert Adria’s dessert. We sampled the mini carrot cupcakes, black sesame and white chocolate lava rock, and hot and cold chocolate balls, paired with glasses of Casta Diva Cosecha miel and the Tokaji Aszú 3 Puttonyos. 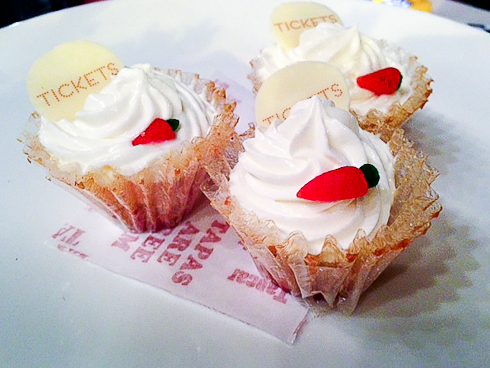 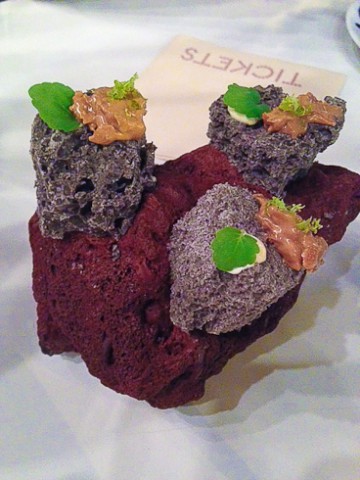 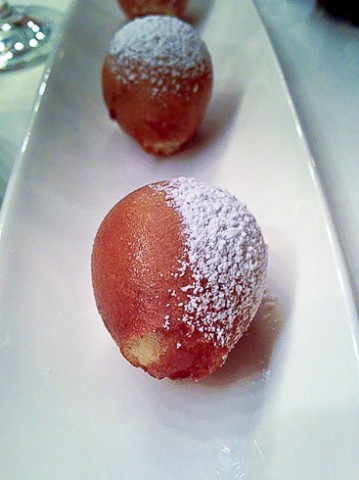 The brothers had a vision when they were creating this restaurant – they wanted a quirky and happy food space. Albert came out to greet us and he says that he wants his diners to be happy when they eat here. That we were. 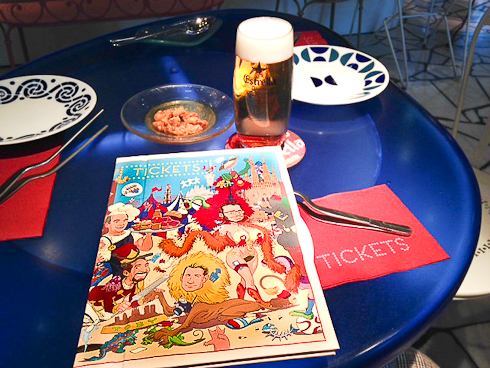 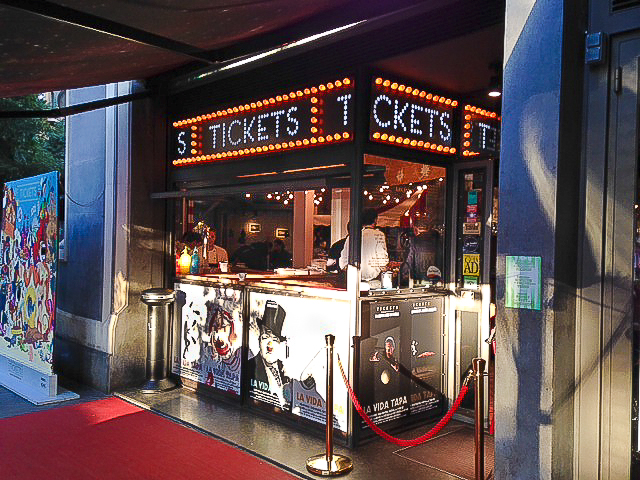